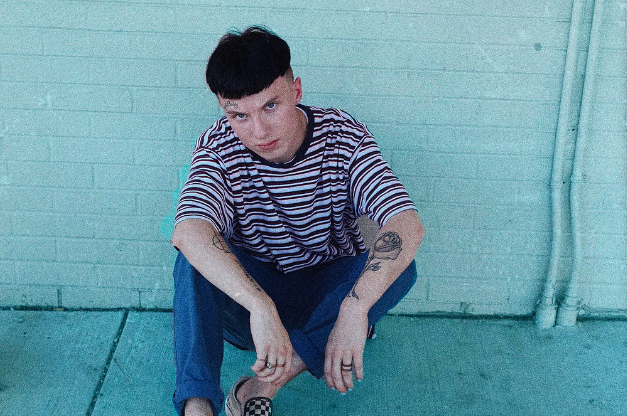 Where did you get the band name DOPAMINE BGC?

When it came to the name, I was with another kid who I consider you could say helped me really push taking song writing seriously and honestly, dopamine was the only name I could get him to agree on since it started out as “two man” project. however, I was writing and recording all the music “we” had on my own with my ipod when I lived on my own during high school. so his departure was not a total loss if any at all haha.

What is a BAD GIRLS CLUB?

A “bad girls club, in my form of the definition, is a phrase I use to describe a group of my ex girlfriends who all hung out together. Now this is going to seem a bit out there but trust me, its possible, and real as hell, it started with a couple of my ex girlfriends that really did not know each other at all other than the fact they hated each other solely for the fact of me dating them, now I’m going to keep names out to avoid potential phone calls or texts down the road (God Forbid), but I really didn’t think much of it, wasn’t too relevant to my life. HOWEVER, the group only enlarged over time as further breakups came about, and the only people that were joining this group, were those I had broken up with. Once again the common denominator of how they all know each other.. me. Now to get to the point of how absurd this entire thing is, most of these breakups were fueled by cheating, lies, trust issues, I didn’t attract the greatest caliber women in high school. So in a summary I’d say in a corny way the album “the bad girls club” was mostly my voyage through my senior year of high school and dealing with my false idea of what I thought “love” meant and living on my own and growing up so insanely quick.

Who are some of your inspirations in music?

My musical inspirations, hmm. well as a child I grew up on music my father blasted throughout the house and his car, this consisted of Neil Young, Nirvana, Alice in Chains, Tears for Fears, The Cure, Cyndi Lauper, Flock of Seagulls.. well those are the ones I really liked. and those really paved the way for me to create the genre I have that i like to call “thrift pop”. Now something that I like to bring up that separates me from most musicians is that, music didn’t exactly help me through my issues i had growing up, in fact I neglected it for a good few years of my life. It was something I’ve always loved to do ever since I got my first ukulele and drum set at 4 years old but it was never the “answer” to my issues. I’m a strong believer in “If you’re not good at something right away, you werent meant to do it”, and playing music was just the only thing in the world that made sense to me and that i could do pretty much right away. so really the answer to my issues was how i dealt with them, not my music. my music just put my issues into a melody for people to listen to. which some people enjoy it and listen to it so that makes me happy, even though they might not understand what i sm saying in my songs behind the upbeat pop melodies in the songs.

First concert you ever went to?

the first concert i ever went to was the black keys concert that cage the elephant was the opener, it was honestly really a good time. i havent been to many concerts because ive never truly had the money or time to go to them

some artists i would absolutely love to tour with would for sure be: clairo, the cure, big data, homeshake, yellow days, rex orange county, and a lot more

Describe your live show to us!

my live shows are what id lose a limb for to make nothing less than unforgettable. i use a lot of lights such as lasers, rotating colorful lights (whatever venues that let me), christmas lights, and so much more. which also includes streamers as a back drop and fake flowers on stage. in terms of the way i dress when i go on stage as well as the band i play with, its very.. thrift store looking haha. which is what im going for, old sweaters/button downs, tapered pants, vans, things of that nature. to add, im almost covered in tattoos, including my face, but the way i dress and how ive honestly always dress i feel would make me almost look like someone you wouldnt expect to have tattoos like i do, i sometimes wear makeup as well, pretty much just some eye shadow which my drummer at the last show along with my painted nails. but i will stress that my main focus when i get on that stage is to get as hype as humanly possible and get that crowd involved with the music even though they aren’t on the stage.

Which comes first the lyrics or the music?

when i write and record the music always comes first, the process starts with typically me in my basement messing around on a guitar or keyboard and really when i hear something that im like “oh shit” i grab my ipod immediately, put it up to the amp and record haha, from that moment on ill add in the synths, drums, bass and its never typically any order in particular other than the vocals are absolutely last every time. when i record my vocals i start with coming up with a catchy chorus, i use my ipod mic to record it to do it and i usually do this step outside so i can catch some earthy background tones in the songs. now this is something when i tell most people they kinda go “wtf” other than the fact i made it from my ipod haha, but my verses are mostly recorded first take, i think that most raw and meaningful lyrics will just come, there shouldn’t be too much thought into it, kinda like if your parents catch you doing some shit you really weren’t supposed to be doing, you’re definitely going to come up with the most outstanding lie on the spot to get out of it, ive just never had a problem with finding the right words in a moments notice.

In terms of fan stories, id say a great one i had (and actually its not even that crazy but it made me super happy) but this couple came to my show at the the cyclops cafe and i really have never met them ever and im not even sure if they knew who i was. but they came in after me and my band had just finished setting up and had asked to pay to see the show, so i showed them where to pay and then we began the show soon after. but after the fact, the woman had come up to me so excited asking for a picture with me and i later on saw them sitting outside were they had asked me a ton of questions about my music and who i am but i was so shocked on how genuinely interested they were in me and how they were looking at me… i felt honestly like i was famous for a solid 5 minutes haha.

my favorite shows by far would have to be cyclops cafe, the first time i played there. and my show at mr. smalls main stage. especially at mr. smalls just because the energy was surreal and the stage was very big which made it easier for me to dance haha. however at cyclops cafe despite the small stage, we always have our own sound system as well as our own party lights, flower arrangements, we get to use the streamers we love to use to give it kind of like an 80s child’s birthday party, i love it. and the size of the place allows me to be more intimate with the crowd, which my connections with the audience is hands down my priority number 1, the music im playing to them is a close second though.

Where do we buy your music? Is it on vinyl?

my music can be found on any music streaming platform except soundcloud now, i just dont feel thats the right place for me to be uploading my songs anymore. it is not on vinyl either as of now, but soon i would like to get it on that. i am a huge vinyl advocate.