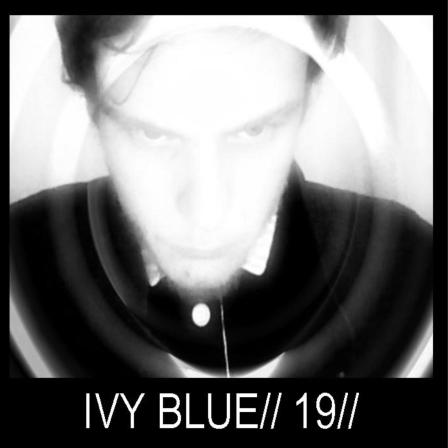 Ivy Blue are an Alternative Rock group currently made up of

With A.Flow, Urge started the band in November 2013 and the duo released 3 albums during their time together (REVEAL, WORLD MAGNETIC, and ILLUSIONS)- writing 25 songs together and took the world by storm with the release of their biggest hit to date “Forever December”.

Urge was diagnosed with Autism and ADHD at a young age, but has used music to help him manage his conditions and continues to break norms no matter what he does (musically, mentally, and everywhere in between).

In April 2015, after many auditions and a gruelling selection process, Jahna Tangiora and Dominic Wilshier were confirmed to have joined the band with all bolts and nuts included. Both have since left the group replaced by Daniel Marsorn (Bass and additional Keyboards) and Josiah Bernard (Drums).

During recording sessions for the band’s albums, Urge sustained a mild injury to his right knee and treatment had occurred during the final recording and mixing sessions for the album. Initially, a delay in the album’s release was expected- but despite this the album 19 was surprise-released on August the 13th 2015 with Urge having made enough of a recovery to participate in the promotional activity behind the album- but postponing tour plans until 2016 so he can fully recover and get back to full fitness before going on the road.

On September 21st 2016, it was confirmed that The Urge would be handing over vocal duties to Erin Wells-Lakeland effective immediately. 19 would be the final album he would sing lead vocals on, and the band are expected to record a new album with Erin before the 2016 tour kicks off.

In the meantime, it’s all steam ahead. Brace yourselves for an all-in-for-the-count 2016 my friends.

OFFICIAL NOTE ABOUT TOURING:
As has been publicised on the band’s website earlier in the year- The Urge has suffered substantial injury to his right knee (which after an MRI scan and several months of issues was diagnosed in June of this year). The cause of this is still unknown, but today (Thursday 3rd September 2015) we have an update for you on this matter.

Good news first- At the time of writing this email- Urge is half-way through his physical therapy and is in AMAZING spirits (as what he is going through is quite full-on and can take a lot out of one’s system). The physical therapy that Urge is undertaking is very full-on and does leave him in some pain and discomfort, but if done properly will mean that he will make a full recovery and be back to carrying out the mammoth show that Ivy Blue is known to do.

Bad news: As the knee problem affects both the muscles and the nerves in his leg and the time needed to continue having the physical therapy and getting Urge back to full-gear, this means that the band will NOT be touring until sometime around January-March 2016 at the very earliest and only ONE small show has been scheduled between now and then to allow Urge to help promote the new album and to fully recuperate and prepare for a busy 2016 (of which planning is underway).

The band are very disappointed and very sorry to their fans who were hoping to see them perform in 2015 behind the new record- but they would like the fans to please understand the reasoning for this change-of-plans and that the band will be back on the live circuits here in NZ (and hopefully internationally) as soon as possible.

We will update you again as soon as we can regarding this matter. 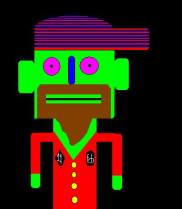