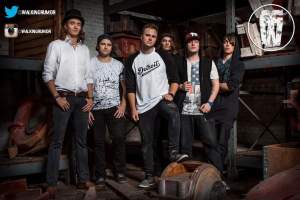 Walking Rumor is a nu- metal band from Odense, Denmark.
Tha band got together back in May 2015 and released their first single ”Proud of me” already the 29’th of August 2015.
Their single exploded everywhere it got like for example getting recommended at the Danish music initiative called KarriereKanonen (CareerCanon), got to be top track on the Danish music site called TAK ROCK (Thank Rock) and got among top 3 bands on the same site. TAK ROCK even chose to make a small article about the band with very fine words.

It quickly got out to various streaming services such as iTunes, Spotify, Wimp etc.

The fact that they got recommended on KarriereKanonen got them a small statement from the KarriereKanonen panel.
”We round off the rock genre in the hard area. This week metal has found its way to KarriereKanonen thanks to Walking Rumor and their track ‘Proud of me’. It could sound like that the band from Odense has gotten inspired by artists like Limp Bizkit and Linkin Park”.

It didn’t take long before Walking Rumor came among the top 20 on the NextUp 20 chart list.
They had this to say about the band:

”Danish rock music is slowly on its way up from its slumber and specially the harder rock is good on its way. Here is Walking Rumor and their track ‘Proud of me’ that has gotten such an international sound, that you shouldn’t believe they were Danish. Perhaps it might be a tan Dizzy Mizz Lizzy- sound, but it’s being overshined by the clear inspiration from mega stars as Kid Rock and Linkin Park. If they make it here in small P3- Denmark is hard to tell, but on the North American rock stage, they should fit right in. And in that case doesn’t Denmark really matter”.

After the band made it to the top of the top 20 list, they directly got into the top 100 list of artist singles in the world.
Walking Rumor ended up through TAK ROCK getting spotted by Denmarks biggest rock radio station myROCK, who sent them into a band battle online. The contest was about making people listen to their song and make them vote for who they wanted to be aired on the station the next 3 weeks.
Walking Rumor won this band battle (week 44 – 2015) and got aired on myROCK from week 45 – 2015.

That same week the band got spotted by af radiostation/record company in Italy named Vittek Records who put the band on their playlist. This resulted in that Walking Rumor got aired on 70 different radio stations all over the world for a month.

The band is set to be ready to play live shows everywhere by spring 2016.
They are at the moment in the studio to finish their EP record. 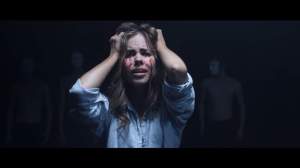