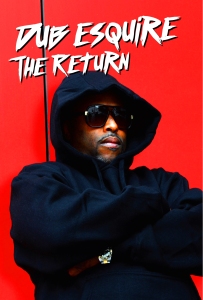 1.Were you influenced by old records & tapes? Which ones?

2.Do you perform in public? Describe those occasions, Concerts, radio, TV

Yes Itou can catch my videos on CMC.Hosted by Chuy Gomez. I was on the Tv show I Almost Got Away With It! I played a car theif! I also perform alot in Oakland,Alameda, SanJose, Sacramento, Orangeville, Sf,LA,Az! Always looking for shows and tours. I been performing for a long time! I remember one time in Hawaii, I did 4 shows in one night! Lol Hella drunk! Hella fun! I Also get down with my Brotha From anotha Mutha Simon Rex, Aka Dirt Nasty! Me him,
Mickey Avalon ,Andre Legacy,Beardo dj Makey and
dj Kev! But yeah I perform in public! LoL

3.Let’s Talk about your music and your last work…

4.How do you feel about the internet in the music business?

You have to be able to adapt! Times change , but the game stay the same! Find the outlet that works for you, and go for it! The internet is a gift and a curse! Lol.. you just have to research and find your lane! The internet makes it waaay easier!

5.What are the plans for the future?

Maan.. I don’t fuckin know! Lol.
Rip flows ,rock shows, make a little cheddar, take care of my family…and smoke weed! Lol
Nah …just joking! Im working on a bunch of new projects right now!
Misfitz ov Stylz project is coming soon!
Offhand records Compilation
Workin with MelYel on her project
We have a Goochgang project dropping soon! Shout out to Kalaban!
Me and my cousin Mario Hodge have been doing hip hop and comedy shows. We have a few more in the works!
Also working on Club Dub Tv! I got alot coming! Shout out to Dirt Nasty and his new movie Bodied! Mario Hodge out there doing big things!
The next Club Dub coming soon!

6.How has your music evolved since you first began playing music?

My music has only gotten better! When i was younger, I wouldn’t keep the lyrical consistency in my verse! It would be all over the place! My homeboy Dj Jester from KTD had another hommie Areial come to the studio and show me how to write better. I took what all my friends told me and just got better! Hard work pays off!

7.Could you briefly describe the music-making process?

For me, the process is hear the music or idea.
Smoke some weed.
Vibe out and form the words in a way that is dope and tells the story about the concept.

8.Tell us about the current single Stay In Yo Lane:

The new single is called Stay in yo lane. It features Me,my hommie Mawnstr from
Gooch Gang,Peace from Freestyle Fellowship, and Del from Hieroglyphics! Produced by Waes one! It is a real banger! High energy and real dope lyrics! Dont sleep on that one!

Ok.. no particular order…
1.Entertain Us ft. Duece Eclipse
2.Stay in yo lane ft. Mawnstr, Peace, &,Del
3.Big Bad Wolf produced by Waes One!
4.Unity Produced by The Architect!
5. Team Of Assassins ft. Mawnstr, MelYel,Nac One!!
Honorable mention goes to
Get It! Produced by Goon On The Track out of Memphis! That one isnt on the album, but the remix is.

R.I.P Pam The Funkstress! R.I.P Dr. Prince White! Shout out to The Urban Peace Movement!
I would like to thank you for this opportunity! I would also loke to shout out all the youngstaz out there! The world is yours! Take care of it! Be respectful to each other. Each one teach one! Listen to your parents,do your chores, STAY IN SCHOOL!! Always be the best you ,you can be!
Esquire… out!

Born and raised in Oakland, California, Dub Esquire has been a part of the Bay Area underground hip hop scene since 1996, with the release of the demo tape for his former group, Misfitz Ov Stylz (as Kid Haavic, with DJ Lex of Hieroglyphics). Following an EP release and the full-length Black Death(1998) with M.O.S., Dub went solo to pursue his musical vision. Consistently avoiding the all-too-common pitfall of chasing the latest trends in rap music, Dub has stuck to his guns in carving out a unique stylistic niche for himself in hip hop.

Following a hiatus from music in the early 2000’s – a period marked by financial turmoil, self reflection and personal growth – Dub found himself back in the studio in Vallejo in 2008, working with producers Tha Rolla (E-40), Uglyfingers and K.U. to record tracks for his first solo release, G-13. The project yielded the underground hit “Who the Fuck Are You?!” and saw Dub working with Turf Talk (“Hustle Like Me”), Lay Low, and many of Sick Wid It’s other prominent artists.

The full-length album The Odyssey followed in 2010, produced by K.U. and featuring such hip hop luminaries as Del the Funky Homosapien, Sadat X of Brand Nubian, Prince Po of Organizaed Konfusion and others. Included in The Odyssey was the standout single “Gold Digger” feuturing Grammy Award-winning vocalist Samuelle from Club Nouveau.

In the wake of another extended break from releasing music, Dub teamed up with producer Waes One in mid-2016, laying the foundation for what would grow to become the now-veteran MC’s latest solo endeavor, the aptly-titled 2018 album The Return. Featuring appearances from Del the Funky Homosapien, P.E.A.C.E. of Freestyle Fellowship, Mawnstr, and Deuce Eclipse, The Return marks the re-emergence of Dub Esquire as a force in the hip hop world.

Dub Esquire is a case study in resilience, paying dues, and living the struggle – and it shows in the music he makes.