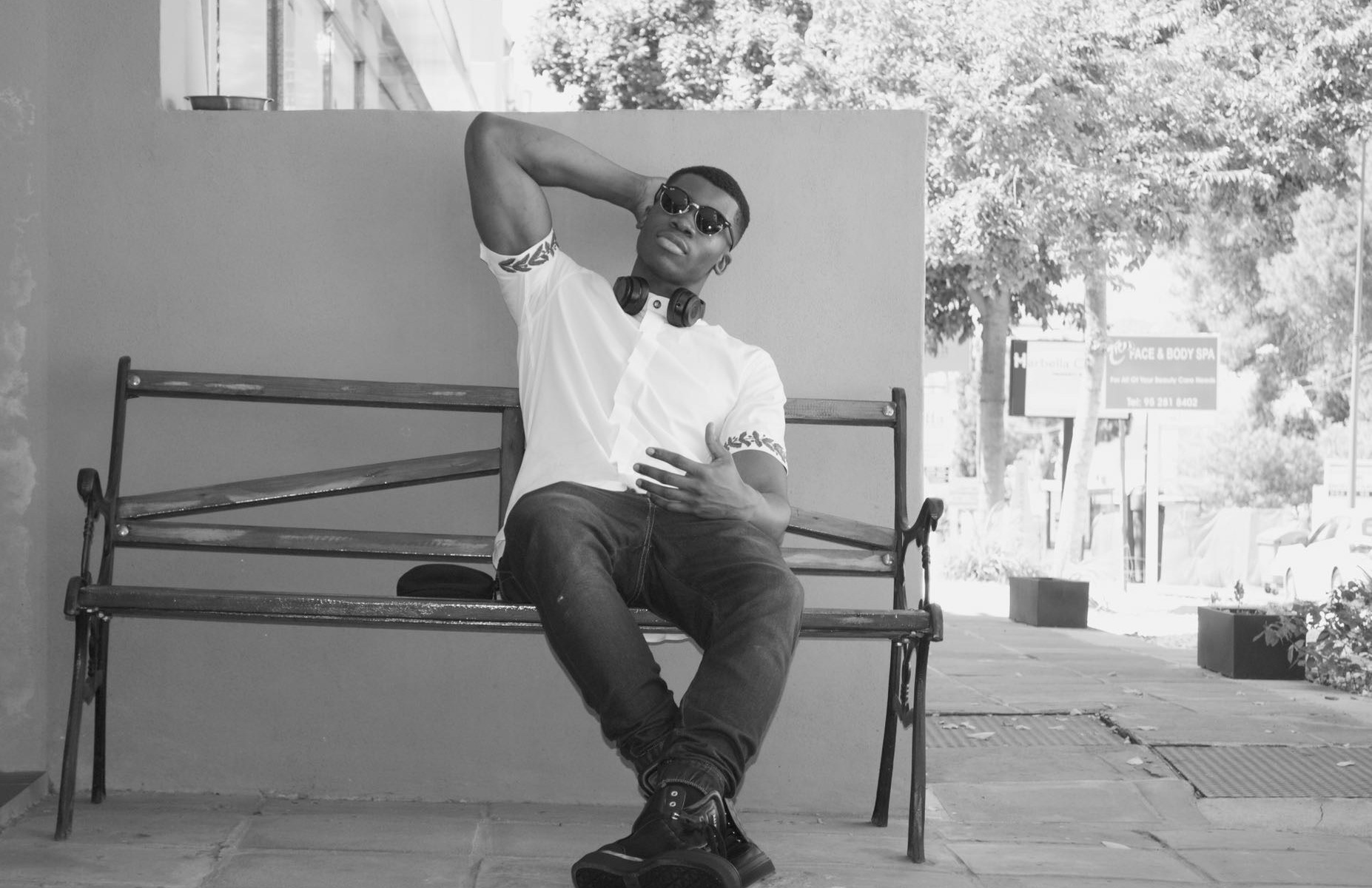 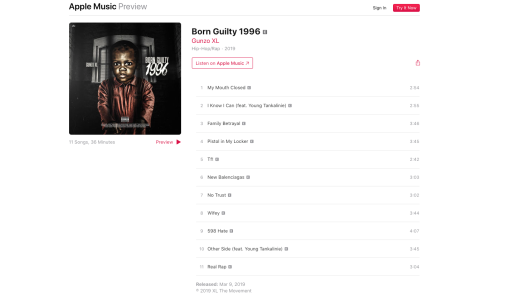 “Pistol in My Locker” is his standout song.

1. So tell us a little bit about yourself.
– My name is Gunzo XL, 23 years old from Harrisburg, Pennsylvania. I was writing music since 7 years old as a hobbie, but it might be time to actually take it a bit more serious.

2. What made you start writing at such a young age?
– My Dad, he was a well known DJ all around Harrisburg, and I wanted to be just like him. I also wanted to make a name for myself, so I dreamed of creating the music for him to play when he did parties or whatever.

3. What Rapper(s) did you aspire to be like when you first started and now?
– 50 Cent was my first favorite Rapper. I definitely wanted to be like 50. In today’s day and age, I’m just trying to be Me. I want to be a role model for others to look up to.

4. Right. So tell us a little bit about your new project, “Born Guilty 1996”.
– Man… I put everything I had into this project. It’s been nearly 4 years since I released anything, so I wanted to show people that I still had talent and give them something worth the wait.

5. Personally, what is your favorite song on the Album?
– That’s a hard question. I think I’ll have to go with “Family Betrayal”. I really put all of my bottled up pain and emotions into song form with that one.

6. Right. Now on “Family Betrayal”, you spoke about your battles with depression. How did you get through that?
– That’s a battle I’m still fighting today. Almost lost my life, but I can’t let the Demons win. Life is hard, and depression is a disorder that doesn’t make it any easier. Just gotta try to find ways to cope with it and be as strong as you can for the people who love you.

7.Explain “598 Hate”.
– 598 is a term used in the family to express the pain we’ve been through. It means struggle, hurt, depression, anxiety, all of that.

8. But why 598? What exactly is that?
– It’s the address of the home we lived in growing up. Lights and water getting cut off, fridge empty, no money, no car, no hope. It was days where my siblings and I wanted to give up completely, but at the end of the day, 598 made us strong.

9.Moving forward, what can we expect from Gunzo XL?
– Just consistency, consistently good music. There’s a good chance that I’ll be releasing another project this year with more features, so stay tuned!