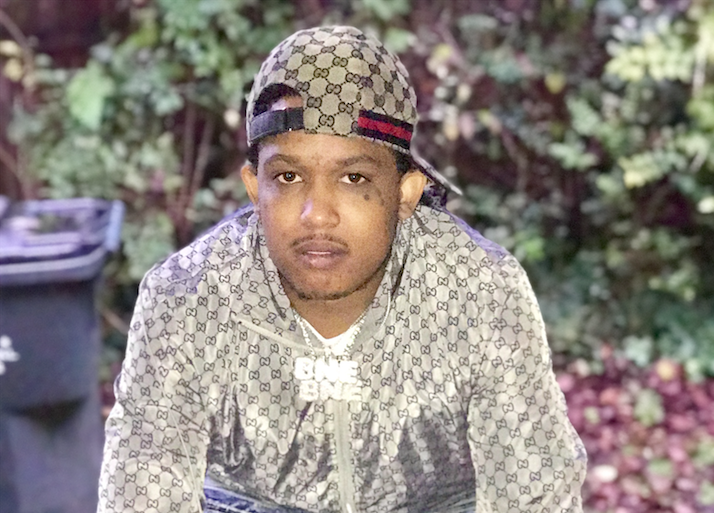 Artists can be dime-a-dozen, but there is only one King Bandit.
Emerging from the elite Atlanta music scene in Georgia, Trap/Gangsta rap recording artist King Bandit began hitting the ground running in the music realm in 2000, and since then has manifested into a versatile and multifaceted artist with his own signature sound and stylization. Known for his charismatic rhyming techniques and gritty, straight to the point bars, KB’s music resonates with a style that touches on equal parts originality and familiarity, giving his audience a taste of something fresh yet still identifiable.

He is no stranger to the game though. Since developing his craft and vital voice into the Hip Hop
industry, the rising rapper put out an extensive catalogue of releases including his 2010 smash hit “Loud
Money” which featured Jim Jones and Chubbie Baby. He also collabed on various other tracks with hood heavyweights including Gucci Mane, Young Scooter, Young Thug, and several other major players in the game. He was also invited on the “Loud Pack” tour, which garnered KB an
extended fan base and insatiable street buzz.

After a stall in his career due to legal issues and an incarceration until 2016, he has shifted his path and
has been completely focused on taking his career to the next level, and he’s doing exactly that. He
released his highly anticipated music video to the record “Make Da Newz” produced by DJ Murph & as well as various singles currently available on
all digital music retailers and streaming platforms. Keep an eye out for KB as you’re sure to hear from him again.

When and why did you start rapping?

I been rapping long as I can remember. My older brother, uncles, and cousins do music so it’s something I picked up at an early age. I started rapping myself just for fun, making songs for my section and friends I grew up with. Basically, to represent, put on for our block and 26th street.

Which famous artists do you admire? Why?

I don’t admire any famous artists; I respect a lot of artists in the game and they hustle. Like, I peep certain moves they make to be successful, but I wouldn’t say I admire none of them. A lot of artists switch up when they get the money and fame that comes with success. I admire people like my momma and my woman because they are strong and loyal. If everything were to go down the drain right now, they the ones still gone be there the same way they were before it came.

Which old records & tapes influenced you growing up?

I was influenced by old songs like Lil Boosie’s “What About Me” and “I Remember.” I grew up listening to a lot of Boosie and Webbie. If not them maybe artists like Jeezy, Gucci Mane, B.G, C Murder, and Soulja Slim.

Who are your favorite artists?

My favorite artist would probably be my brother Yung Dummy or myself because I know its real-life shit and I can relate. A lot of these artists are under legal contracts and they not living how they say in the music.

Have you performed in public? Describe those occasions?

Yea I turn up at all my shows. I still pop out at little hood parties and shit too. Every time I have ever performed, the crowd rocks with me; Even at the shows where nobody knew my music, I still get on stage and catch the crowds’ attention. As soon as I speak into the mic, my voice is so high pitched, everybody has to look and see who this guy is that sounds like a little kid on stage that jumped on the mic.

What makes this kind of music “good” to you?

The sound; the beats, the hooks, the melody, and the topics. I mean, you got to be talking about something in your raps, not just a lot of words rhyming. Like something that means something, or some fly shit about some money or shit I’m interested in hearing.

Why did you choose to create this kind of music?

Could you briefly describe your music-making process?

I just like to get in the studio and listen to beats. Once I hear that one that matches the vibe, I just go in from there. Sometimes when I get bored and high, I’ll listen to beats and try to write, but I can never finish a whole song without getting writers block. I like to just push record and punch in every few bars.

The video to my single, “Make Da Newz” just dropped, and that’s going crazy in the streets right now. My next single, “Wetemuh” is dropping this month on the 26th, and following that, we got the “Make Da Newz” EP dropping. We are really just focused on working right now. I had a great team behind me and the project. I haven’t released any videos in years due to legal situations, so it feels good to be back working. We are back dropping on the 26th of every month, taking over the rap game with no record deal.

I’m just trying to make a way for people that come from fucked up situations to make a legal living for their families. We don’t want it all, we just want to take care of those who are less fortunate. We have our record company going, Bandit Nation Entertainment and everything about our foundation is solid. We do good business because we all came from nothing. No one is greedy, just a collective of good people trying to put others in position.