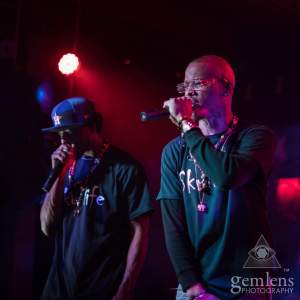 Much to his mother’s surprise.  LOvE won the school’s talent show during his ninth-grade year for rapping.  Which was unknown for having any rap winners.  His response was “I told you mom; I’m gifted!”

Overcoming much negativity from such a young age.  LOvE has always been advanced beyond his years. His ADHD has helped him to be great and channels that energy to his benefit.  A very unordinary, misunderstood and doubted individual by many.  Has faced numerous challenges; however, continues to persevere.  Grinding is his commitment. 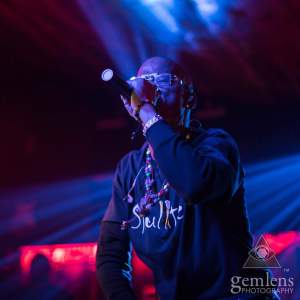 Knowing the importance of education, LOvE, completed his NACE QC certification.  And has been employed with an array of refinery companies.  While, continuing his dream and experiencing success as a Hip Hop Artist with Steady Reckin Productionz.  Platinum B Gumbie re-examined his career fully pursuing it to another level. Armed with natural talent, an innovative approach to the mic, and wildly dynamic songs.  Lead to the transitioning and rebranding, as Platinum B LOvE, incorporating his own Skulllife.

With his sight set firmly on elevating his career.  His skillfulness, confidence, cuts and bars will help get him there. Platinum B LOvE is prepared to take over with a cutting-edge combination of music that exhibits respect for old school while being a step ahead.  Ready to bring a breath of fresh air, realness, connectivity and an unforgettable experience straight to listeners.

His mission in life is to be able to give back to those in need and support cancer research in memory of his mother who passed away from cancer.  Inspiring others regardless of who they are, where they come from, and who their parents maybe.  LOvE’s motto is as long as you believe you can,  speak it into existence, and it will come true!

Which famous musicians do you admire? Why? Michael Jackson He Made Great Music that made you smile and move he wasn’t just a musician He was also A great Actor as well. He put his acting in his Videos that stood out from all the rest He was untouchable .
Tupac He was before his time He stood for freedom and he didn’t let those control his ability to be who he was trying to be  Andre 3000 his lyrics was amazing he uses his everyday issues relationships,friendships,problems in his Music He was different then those He wasn’t just a hiphop artist he did it all. His fashion was off the chain He didn’t care what those thought he was him .

Have you been in competitions? Fleadh’s? Any prizes? I won Coast2coast Video showcase 2times in a roll . I won 2nd Place on 97.9 The box On Tha Radar
I won 1st Place in a Music Competition @ Club Cole’s in Houston Tx
When I was in 9 Grade I won my first trophy at Dickinson high School White school in a talent show
To make me and others know I was a great artist.

Do you perform in public? Describe those occasions? Concerts, radio, TV.  I’ve performed in alot of shows from clubs to television remember Channel 2 Local channel in St croix virgin islands with Lp Records
Also in Amarillo Club XR open for lil Ronny They rotated my hit song I Don’t Know’em on 93.1 the beat did about 3 shows of my own in borger Tx Hinch’n Rail ,Main St, And Lucky Eddie’s , as far a Houston
I open for lil Flip, Mike Jones , Sauce walks ,My last show I opened up for J-Dawg almost had to whip somebody ass on that stage for the Disrespect but it all good that what happen when you good at what you do

Let’s Talk about your music and your last work… my Music explains my life and the things I dealt with though my life time my problems my relationship the hate the envy and jealousy from people that don’t want you as the face of your city the red tape that they have up that keeps artist from raising
I Drop my Hot Single I Don’t Know’em for the none Believers that doubt you and show No support and the janky Promoters that don’t do nothing for these artist but take there money to open for artist that only show to perform and leave. Treat artist like there nobody but as soon as they blow they claim they help you for cult Me I will show the same energy they showed you ..I Don’t know u

How do you feel about the internet in the music business? It more easy to get your music out there then it was back in the days where you really had to put in grind mad street work. Today it sending songs and emails Social media alday back then it was in the mail copy rights,word of mouth on who hot and radio was the only stream to get heard in your city unless you was heard about from word of mouth