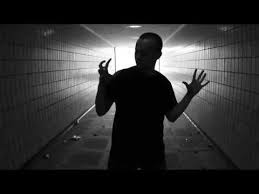 Liam Golder is the creator of Silent Machines with worldwide TV and radio play the songs are released via Sony Music and Universal Music distribution.

When and why did you start playing? I started playing guitar and writing my own songs aged 15 strangely enough during a science lesson playing with sounds I was like that’s it music is for me I’ll do that. I wanted to be like my own music heroes and give something back to the world of music so that’s what got me inspired to help others.
Who are your favorite musicians? Groups? CD’s? My favourite musicians and bands are Pink Floyd once had songs featured with Roger Walters included and credit from Pink Floyd on tracks, also fav musicians are Fleetwood Mac, ELO, The Beatles ,Queen and more.
What makes this kind of music “good” to you? The music feels good that I am doing with Silent Machines as it has been received well and more importantly helped get through a variety of struggles who have contacted us helping ease there depression, or inspiring them to make music and write songs.
Why did you choose to play this kind of music? I chose to play this kind of music as the songs are real and that’s what life is about and music being real and expressing the messages behind the songs to a worldwide audience through radio and TV.
Let’s Talk about your music and your last work… It has been going really well and the latest songs are out with The Orchard/Sony Distribution and we now have other music through Universal channels.
How do you feel about the internet in the music business? I do like the internet and how it has effected music there is a good and bad side. Acts can spend to much time on social media and not playing the songs live. Sometimes the internet causes trolls and people to accuse you of things that are not true often jealous or have problems in there own life they don’t like to see people become successful. I have worked with many top people and sometimes just the record and have not met the person but some internet people start accusing you of not being associated with them and can be very mean and hurtful. One thing that annoys people is seeing others succeed they try and cut you down the internet can be full of that. But luckily I have a huge amount of people backing the music and am very blessed.
What are the plans for the future? Plans for the future are making more records which are unique and also starting a new Liam Edward Golder project which will be ongoing and create a new sound and hopefully inspire many people.
How has your music evolved since you first began playing music? Music has grown so much on-line it is much easier to access music and hear your favourite acts and there seems to be more and more ways of getting your music out there through various platforms such as streams and downloads.
Could you briefly describe the music-making process? Making music for me is a varied process sometimes I just get lyrics first then add the music, or sometimes I have a music idea and add lyrics.