On 4th July 1970, The Jimi Hendrix Experience took to the stage at the Atlanta International Pop Festival.

Performing to a crowd of 300,000 people, it would tragically turn out to be the largest show of Jimi’s career as the iconic guitarist would pass away just 10 weeks later.

The seminal moment of Jimi’s transient career and crowning jewel of the landmark festival is now being relived in a new documentary – Jimi Hendrix: Electric Church – a comprehensive account of the performance that night.

Alongside the trailer released earlier this month, a new clip has now surfaced from the documentary showing Hendrix, bassist Billy Cox and drummer Mitch Mitchell playing the iconic ‘Purple Haze’. You can watch it below, or here.

The clip acts as yet more evidence of the guitarist’s greatness – Jimi’s incomparable ability to combine genres and techniques to form a wave of sound that he describes in the documentary as “an electric church”.

Talking to Dick Cavett in the trailer, Jimi explains the expression ‘electric church’ as the “plan for our sound to go inside the soul of the person”. 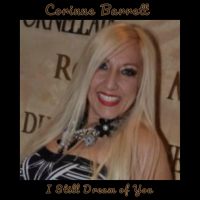