Bohemian Rhapsody has been named the most streamed song from the 20th century, overtaking Smells Like Teen Spirit by Nirvana.

The Queen hit, which reached No 1 in the UK in 1975 and then again in 1991 following Freddie Mercury’s death, has now been streamed 1.6bn times across services including YouTube and Spotify.

The song is currently as popular as it has been in a generation, following the release of the Queen biopic also entitled Bohemian Rhapsody, which has made almost $600m at the global box office since its release in November. The song re-entered the UK charts the same month and reached No 45, and for the week of 22 November, was the 11th most streamed song in the world on Spotify. 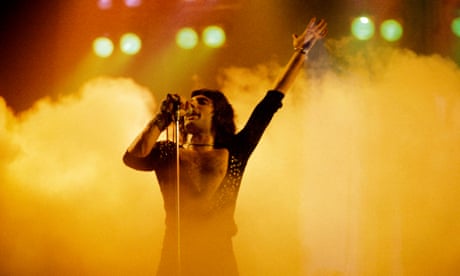 In a statement accompanying the news, Queen guitarist Brian May said: “So the river of rock music has metamorphosed into streams! Very happy that our music is still flowing to the max!” Lucian Grainge, CEO of Queen’s label Universal Music Group, said it was an “incredible achievement that is a testament to the enduring brilliance of Queen”.

The top five most streamed tracks of the 20th century are surprising, with major stars such as Michael Jackson and the Beatles absent. Nirvana’s 1991 grunge anthem Smells Like Teen Spirit is at No 2 with more than 1.5bn streams, followed by two songs by Guns N’ Roses: Sweet Child O’ Mine and November Rain. a-ha’s synthpop hit Take on Me rounds out the top five. Bohemian Rhapsody was also named the most-streamed classic rock song of all time.

Ed Sheeran’s 2017 single Shape of You has meanwhile become the first song ever to pass 2bn streams on Spotify. The British singer-songwriter said “thank you world” on Instagram, along with an announcement of the milestone.