Ric Ocasek, the former lead singer of the iconic new wave band The Cars, has been found dead in his Manhattan home, the New York Police Department has confirmed.

The Cars‘ lead singer’s specific cause of death has not yet been released. However, Page Six reports that Ocasek appears to have died of unspecified “natural causes.” The site reports that Ocasek’s estranged wife, the model Paulina Porizkova, found him “around 4:14 p.m. inside his Gramercy Park pad.” He was in his 70s. TMZ reports that he was already dead when found.

According to PIX11, Ocasek was “found unconscious and unresponsive in bed.” He’s a member of the Rock and Roll Hall of Fame, to which he was inducted in 2018. Police had responded to Ocasek’s townhouse after receiving a call for an unconscious man, Rolling Stone reported.

It’s been a bad week for music; the music world recently mourned the death of rocker Eddie Money. Iconic songs like 1978’s “Just What I Needed” helped make Ric Ocasek a rock legend. “i don’t mind you coming here, wasting all my time, ’cause when you’re standing oh so near, i kinda lose my mind…” 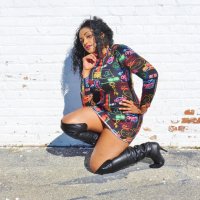