The industry is about to explode with a huge outburst on the music scene and it would be none other than the well groomed and talented Atlanta based label named CASH RUNNERS RECORDS! This mega all-star label is not only raising eyebrows, but high expectations that will be met with class. CASH RUNNERS RECORDS consists of artists CAPPY, RICHHIE WATERZ, CASHY FACTS and NUCHIE. Formulated as a company in 2013 as 725 ENT. RECORDS, the very ambitious and conglomerate thinking C.E.O “DOLPH” chose to change the title of the label and its narrative to CASH RUNNERS RECORDS in 2019 for

personal and deep rooted reasons. J- JIGG also plays a huge part as the affiliating manager to help guide this up and coming label to mogul status. Atlanta ranks #1 in the world for multiple categories, but music for the city is at the top of the list, so the streets has already cosigned CRR to be the takeover team to lead the music industry into its future sounds. Already in rotation on multiple radio stations nationally, the team also won the Atlanta based radio challenge “BATTLEGROUNDS” by unanimous votes as the hottest new single in the city. Expect 2020 to be a breakout year for CASH RUNNERS RECORDS as tour dates, publications, branding, concerts, interviews and tons of appearances loads up the calendar, and if your not going to be part of this massive growth, you are sure to witness it!!! 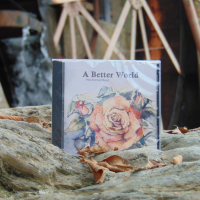