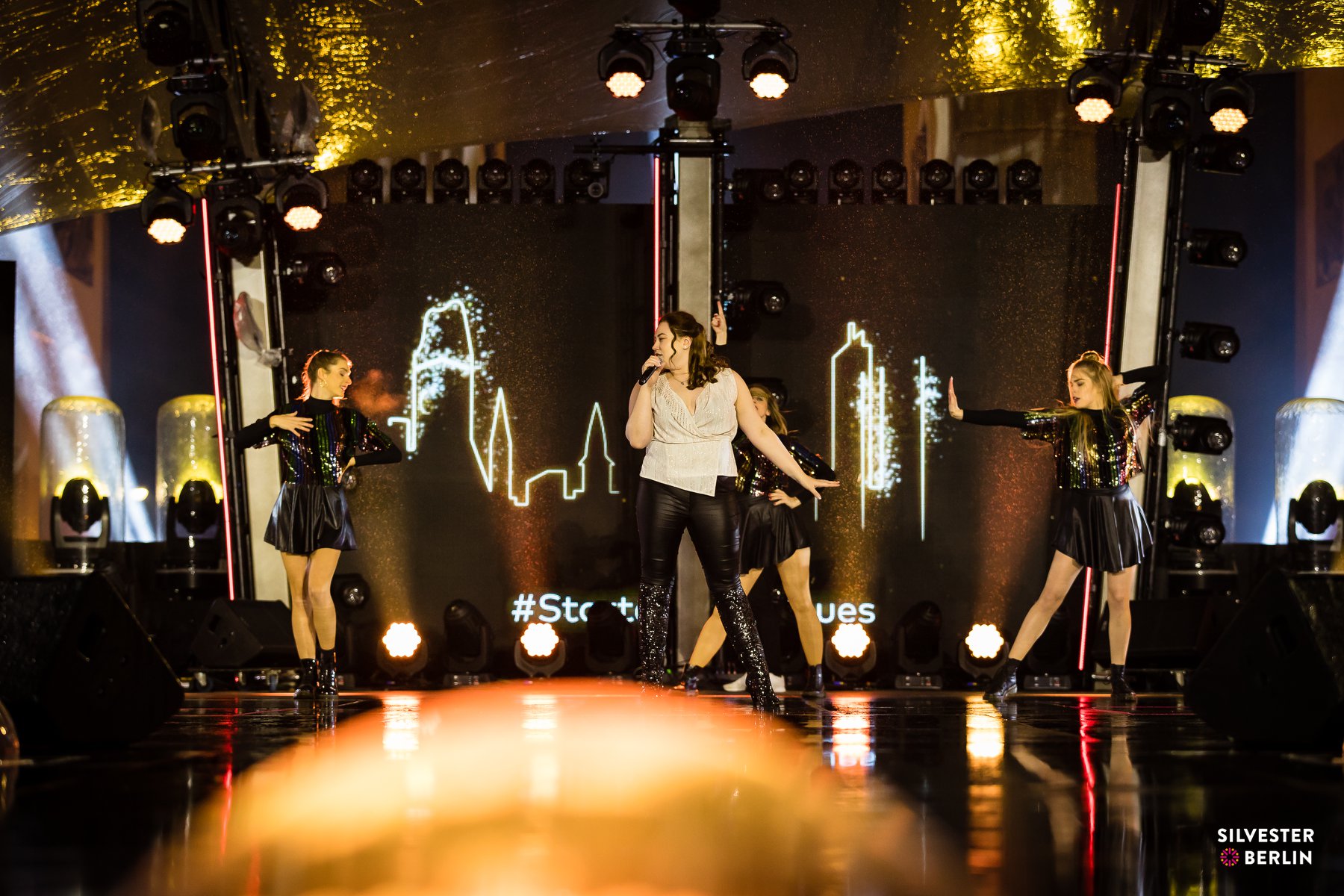 Stefanie Black, the 21-year-old girl, living in Germany at present, is set to release her new earworm song “Language of Love” on February 7th, 2020, which she co-wrote with Nashville Producer Howie Moscovitch. The message behind the song is, that it does not matter which language we speak; love is understood worldwide. Language of Love is a light modern pop song, with light Latin touches. The song is being played in rotation on Radio New York Live and 102,7 FM KIIS Los Angeles until the beginning of February and will be available for download from the 7th February. Stefanie has already been booked throughout Germany for appearances in 2020.

Flashback: Stefanie Black was born in the UK and now lives in Germany. She has in the past years brought out German and English albums with a mix of genres including ballads, pop, jazz, musicals and German pop songs. Stefanie has won prizes such as Best Singer in 2017 at the German Rock and Pop awards, she made 3rd place in the Alpen Grand Prix in Meran/Italy and has taken place in many talent shows. Some of her top career highlights include the fact, that she made the semi-finals in Germany’s Got Talent TV-show 2014, made the recall in the 2017 TV-show Pop Idols and in 2018 Stefanie was a Top 10 Finalist in the German X-Factor TV-show. On New Year’s Eve of 2018/2019 Stefanie had the honor of singing at the Brandenburg Gate in Berlin to an audience of over 1 million visitors.  Stefanie has lived in 5 countries and speaks three languages fluently. After finishing her US High School Diploma, she studied Music at the Hamburg School of Music in Germany and received her diploma as Pop Musician in 2017. After the music school, Stefanie studied Hospitality Management and received her degree as an economist in Hotel Management in 2019.

When and why did she start playing?
21 years old aspiring singer-songwriter Stefanie Black has progressively been showing that she is ready to take on the music industry. She Just finished studying music in college, continuing on with a degree in Hotel Management, Stefanie is balancing the between her education and doing what she loves – music. She has spent the last year studying while travelling back and forth from London to Cologne recording her own songs, a passion she has cultivated since the age of 13, when she started taking singing seriously and entered a local talent competition.
Tell us about Her Influences.
Her influences derive specifically from stage performances and theatre, admiring the amazing songs and performances from shows such as ‘Les Miserables’. Stefanie also shares an innate passion for Ballads, Classic music and German Pop songs which she grew up listening to.
Has She been in competitions? Any prizes?
She has enjoyed career highlights such as the opportunity to sing on ‘Germany’s Got Talent’ and being nominated in the top 3 of Germany’s best singer prize.
Other notable achievements include being the finalist in Coast Rider Pride of Spain Young Achiever 2014, finalist in Coast Rider Music Awards: New Vocalist 2013, finalist in Emerald Isle X-Factor 2013, semi-finalist on X-Factor El Mundo 2012 and has received 4 Yeses from judges on ‘Germany Got Talent’ during the televised show in 2014.
Does She perform in public? Describe those occasions? Concerts, radio, TV
In 2016 she was invited by The Latonius to accompany him to Salt Lake City/UT to sing in 4 concerts in front of 12.000 spectators in the Convention Center.
The highlight of her career was the performance at the Brandenburg Gate in Berlin during the New Years Eve celebrations in front of 1.2 Million spectators.
In September of 2019 Stefanie followed the call from The Latonius again to accompany him to Orlando/FL to sing in the Convention Center for 3 performances in front of 8.000 people.
At such a young age, Stefanie Black has gained a heap of experience and is ready to shine as a new emerging talent – keep an eye out!

What makes this kind of music “good” to you?
The song makes me happy and answers lots of questions. It does not matter what the language is, love is understood everywhere.
Why did you choose to play this kind of music?
I was more specialized in Ballads and Musicals as well as German Pop, however I privately like this style of music so I wanted to see if I can do it.

Let’s Talk about your music and your last work… I like to perform in front of large audiences and love when I get a good response from people listening. I enjoyed working with Howie Moscovitch from Radio Intimate Productions in Nashville who guided me with the song and did the production and final mix.
How do you feel about the internet in the music business?
I think the internet is a blessing and a curse. A song can be distributed faster because of the internet, however the sale of physical CD has been allmost killed. Streaming is unfortunate for small performers, as they do not make any money.
What are the plans for the future?
I like to continue along this style and hope, that Howie continues working with me on the next project.
How has your music evolved since you first began playing music?
In the beginning I played a backing track and sang to it without interaction with the crowd, becaause I was too shy to talk. I just wanted to sing and nothing else. With time I started to learn, that I need to entertain more and talk to people during a performance.
Could you briefly describe the music-making process?
I usually come up with an idea at night and start writing down some lyrics. I then sing a few lines to a producer, who then puts these ideas into a melody. We are then working on the melody to make it full and interesting through the use of instruments.