Avonte Ramirez aka Papichampu or Champu doing music since 16. He started out doing marketing for a small record label name shai management. Where they let him work with there artist and his brother where he sent his album sells up 25%. He knew after that he wanted to be a manager. He went on to manage his own artist thru out the years.

When and why did you want to be a artist manager?

When I was 17 I started working for a record company that my brother was signed to at the time as an intern but they actually ended up giving me a shot to work on marketing and management. I really like the business side, networking, putting people together, helping people achieve their vision by connecting the dots.

Which famous musicians do you admire? Why?

Big Pun and Fat Joe because when I was younger being Latino they were really the only Latin rappers out at the time and they gave me a sense of hope that if you believe in yourself you can succeed no matter what.

I was influenced by Earth, Wind & Fire, Mary J Blige, Otis Redding, the gospel singer Mahalia Jackson, Isley Brothers, I heard these artists from my parents and they always stuck with me.

Who are your favorite musicians?

Of all time I’d say Jay Z, Snoop and Pac, in terms of newer artists I really like Trippie Red, Smoove L and J.I. Prince of NY.

What makes an artist “good” to you?

Apart from being good at the music they have to be marketable, creative, time efficient and hard working. The easier you are to work with the more opportunities will come your way.

Things used to be a lot more about footwork, street teams, which cost extra money, the internet has really opened the door for artists to get themselves out there on a smaller budget through free platforms like YouTube and SoundCloud plus indie distribution like Distrokid and United Masters allow people to get their music onto streaming platforms straight from the palm of their hand. It’s much easier now to flourish as an independent and it’s also a lot easier to experiment and test the water without too much commitment if that’s what you want to do.

Getting my artist K’d signed, starting a new clothing brand that I can’t really talk about right now but that I’m very excited about, new acting endeavors and also working on a new online scripted series.

How has your skills evolved since you first began in the industry?

I think my negotiating skills have really evolved, when I first started I was more shy being around big industry players like Diddy but working brought me out of my shell pretty fast and now I’d say cutting deals and negotiations are some of my strongest skills.

Could you briefly describe your process when helping an artist create a track?

We get in the studio, usually hit the blunt to get in the zone, we break down the beat and I listen to the artist’s flow to hone in on what’s going to elevate the track, we put it together like a sandwich; the main hook has to be strong otherwise the whole thing will fall flat, the lyrics need to hit and make me feel some time of way if they don’t I usually give the artist guidance, then we lay down ad-libs and tweak effects and finally we trim the fat and get rid of any element that isn’t adding something to the track and I like to do all this pretty fast; in one session we can cut a handful of tracks from scratch; you can go from having nothing to having a hit in the space of an hour and that’s the magic of making music with great people. 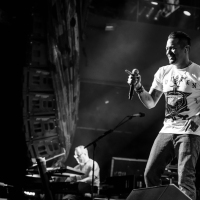 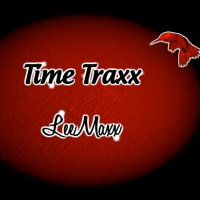