Greensboro, North Carolina, Rapper Johnny Lugautti has come up with inspiring songs that are meant for staying with people for many years to come.

Fans and followers of Johnny Lugautti have shown a lot of love for him. His plans are simple. He loves to work with many people and does not stop still everything is done.

“I hail almost from the streets. My mother abused drugs. My dad was in and out of jail, dropped out at 14, and became a father at 15. I never had anything but hope and a grind,” said Johnny Lugautti. “But everything depends on how you approach life and how far you want to go to achieve your goal. And, you should not also stop doing what you love. When I was a kid of around 10, I wanted to be a scientist. As I grew up and started listening to music, I wanted to be Lil Wayne. Not any other rapper, but Lil Wayne only. It must be due to his powerful raps that gave me the inspiration to hustle hard and got the grind going,” the artist further added during the briefing.

He recorded his first song with a great punch line and flow when he was around 11 or 12 and people could not guess his age for that. And it gave him a feeling that he got the moment he wanted. There was no going back and he released several music albums after that.

It was a hard and long process to come to the status he enjoys now. All the time his family wanted him to do a job. And, he also needed that. But, as he grew older he became fans of young American rappers like Lil Keed and Lil Peep.

Music is all that he lives for and he never stops till makes his music inspirational. Johnny Lugautti always makes new music and learning to play bass guitar in his spare time. He is a nonchalant and none-caring person and does not want to be like everybody else. He is also the man behind giving philanthropic services to the community. 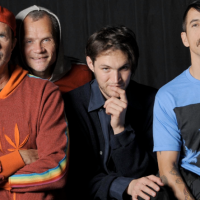