When and why did you start playing?

When I was 3 years old, playing classical music on the piano, up to 13 years old when I got interested in rock and blues music. I believe Glenn my partner in NOVA The Band did the same thing. His family was involved in music too…

No being from the 80’s myself I consider being part of that musical period and carry on the legacy of it today… Yes, ELP. Deep Purple was a contemporary band we all knew and grew with. It was a sumptuous musical era.

Do you perform in public? Describe those occasions? Concerts, radio, TV

Live performance is nearly impossible for 2 years with covid 19. Hopefully next year things will improve, it is imperative for the survival of musicians and artists in general.

What makes this kind of music “good” to you?

It is the music I always played since the eighties. Starting playing in bands in the ’70s and then just evolving and playing. Blues and Rock Hard Rock were the natural foundation of the music.

‘Back In Time’ is an album that is Back to the eighties rock music with today’s recording technology. All original songs were composed and performed by Me and Glenn DeLaune my partner in the band. I produced and arranged the album., which took us about a year to complete from start to finish to accomplish this project. “This album is a resurgence of the eighties music and will fill a vacuum in today’s music landscape. A lot of people are nostalgic of this very creative period. Glenn and I are naturally happy with the final outcome of this album. We wanted to write material that is no longer heard on the radio. We are proud to compose our own songs, play our own instruments, and sing all of the tracks without the help of AutoTune or any other computerized methods. The musicianship is top-notch and the songs are very well crafted.

Bad, Terrible. Everyone owning a laptop think they are composer and producer today. The quality of song craftmanship is down the tube, as well as production. Fame is the goal, not creativity and artistry. The business is in terrible shape because of the “everything is free on the internet” and it is very difficult to sell CDs or music today. Kids go on platforms like Spotify and pay a monthly fee and can download anything they want. When you get something like $0.0006 per play as an artist, it is only $6.00 per 10000 downloads/streams, how do you want to make a living this way. Only performing and studio artists and musicians can have a chance to make some money…Terrible situation…

Promoting this album worldwide, and hopefully touring. Other than that studio work and producing new artists. Fortunately, the success of this album will be great so that we could follow up with a new album in a year or two.

How has your music evolved since you first began playing music?

Naturally, with life around us, musicianship getting better and better, every day, friendship and collaborations with fellow artists and musicians, societal life, technology (Instruments and recording).

Could you briefly describe the music-making process?

Start by writing good songs with meaningful lyrics and melodies, then arrangements and studio performances & production with fellow artists and musicians. Mixing and mastering are the last steps

Could you talk about artists and musicians that have collaborated on this album?

Yes, of course, so many talents and well-known artists, we were blessed to be able to realize this. On the album, guests were friends of friends. Windy Wagner with whom I had worked before in sessions, introduce me to her husband Chad Cromwell drummer for (Neil Young, Joe Walsh, Lady Antebellum, and more) “When he listened to the demos he wanted to be involved, and introduced me to Craig Young Bass (Michael McDonald, Megadeth, Lady Antebellum.) A link of studio musicians in Nashville,” he tells me. Craig then Introduced me to Shannon Forrest, drummer (Toto, Michael McDonald, and tones more) A1 list studio drummer. “Then we had one song that required very special skills for the drummer, and this is how Simon Philips got involved. We were friends on Facebook and I contacted him and sent him the track. He accepted to do the session work in his California studio ‘Phantom Recordings’ and this is how we started,”.  Windy introduced me to Robbie Wyckoff (Back-Up Singer, Roger Waters “The Wall”, Ringo Starr, Rod Stewart .) Windy Wagner (Backup Vocals) worked with ( Glee the show, Rod Stewart, Disney, Ringo Starr, and countless other artists. For the Guitars and vocals, Glenn Delaune was a musician that I employed on my previous album “Chris Comet & The Tribe” Reaching New Horizons. We got some success with it on air all over the world, so I offered him to be part of NOVA The Band with Me, and he accepted. This should sum it up pretty well. If there is another album, we probably will see the same artists and some more. Time will tell.” ‘Back In Time’ was produced, recorded, mixed, and mastered at Soaring Eagle Studios.

Chris Comet is a composer, producer, arranger, keyboard player. He also engineers his album projects in his Texas-based studio “Soaring Eagle” After a successful musician/producer/session man career over Europe, Chris Comet came to the United States 32 years ago, in Hollywood and started playing and producing in famous studios such as Westlake, A&M, Record Plant, Fantasy, Jackson family private studio and so on… He worked with musicians such as Lenny Castro, Vinny Colaiuta (Drummer for Sting, Madonna, Jeff Beck, Frank Zappa…), Michael Landau, Freddie Washington, Manu Katche (drummer for Peter Gabriel and sting), Sam Riney on Sax, Kamil Rustam on guitar to name a few. 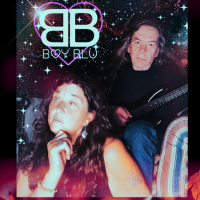 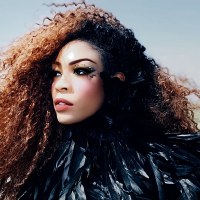