“COLORS OF THE RAINBOW”

It has been exactly 30 years since the release of the cult album “Metallica” by the legendary band Metallica, which is known as “The Black Album” due to its cover design. The group’s best-selling, best-known album, whose tracks are among the classics, entered the Billboard 200 charts at number one in 1991. Like Master Bruce Dickinson once said, The Black Album introduced metal to the masses and paved the way for the successors of the genre. To celebrate the 30th year, more than 50 artists from various countries and continents of the world, who make music in very different genres, were asked to interpret their favorite Metallica song from the album; and this is how the Metallica Blacklist was born, including 53 cover tracks, all profits of which will be donated to charities.

“ Nothing Else Matters” with Miley Cyrus was the first track released in June; and the entire album was out on September the 10th. Let me confess right away: when I heard that Disney girl Hannah Montana would sing Metallica, I said to myself, nooo way..I listened to the track for a while, turned it off and crawled back to the comfort of my dark universe where black and doom metal reign. I assume that most metalheads thought so. Then, something happened which pushed me to listen to the entire cover: it was the name of Yo-Yo Ma, next to Miley’s, on Spotify..  I already knew that Elton John played the piano parts of the song; so I said to myself, if the legendary cello artist Yo-Yo Ma and Master Elton John are into this, there must be a reason behind their collaboration with Miley. So I went back to the song and this time when I reached the end, I found Miley’s interpretation exciting and unique: I liked the depth of her mezzo-soprano voice, her comfort in the low keys and her dark touch to this classic Metallica ballad. I loved her live performance with the band on Howard Stern Show and was delighted when she said  “This is my love letter to music”. I listened to other rock covers by Miley and was further surprised to learn that she was a great fan of metal music. Bottomline: Miley should sing Rock and Metal and not waste her beautiful voice in pop music.  We all have prejudices (like mine on Miley singing Metallica). I believe it is important to get rid of them one by one, be open to all possibilities, to overcome all the stereotypes imposed by society and to think “outside the box”. Being open-minded about religion, ethnicity, gender and sexual preference is essential: this is how a society develops and moves forward. I prefer to move forward by leaving all my prejudices behind in music, art and life and I recommend to do so to everyone. As the lyrics of “Nothing Else Matters” correctly say:

Let’s go back to the music.  I was most curious about Dave Gahan’s interpretation of “Nothing Else Matters” and listened to it as soon as it appeared on digital platforms September the 10th. However, I can’t help but say that it was far below my expectations and a complete dissapointment after Miley’s cover.  The Gahan cover lacks in energy and excitement: despite Dave’s soft and beautiful voice, the song left me with the impression of an old music box repeating the same never-ending tune over and over again.

In my opinion a cover song should fit the artist perfectly like an Italian bespoke dress and make the listener think that the song belongs to that one artist. Let me state here a few Rock & Metal covers, which I think are flawless: Metallica’s “Whiskey in the Jar” (The Dubliners), “Helden” with Apolyptica and Lindemann (David Bowie), “Hey Joe” from Body Count. ”, “Light My Fire” from Amorphis, “Tenement Funster” from Dream Theater, “Levon” from Jon Bon Jovi, “Come Together” (The Beatles) from the great Michael Jackson who I believe was a true metalhead at heart.

For my playlist, I have selected the covers from the Blacklist by the following talented musicians, which make a complete twist of Metallica songs and remould them perfectly into a different genre:

– “Nothing Else Matters”by Miley Cyrus

– “Of Wolf and Man” by Goodnight Texas

– “Sad but True” by Sam Fender

– “Nothing Else Matters by Igor Levit “

– “The Struggle Within” by Rodrigo y Gabriela

I especially liked the covers that were placed far away from the Metallica signature; ‘cause those who remain within the genre inevitably lead us to make a comparison with the original version. In the live chat environment of Clubhouse, the audience complained about the length of the Metallica Blacklist and said that the album was very confusing with lots of tracks sharing the same song titles which complicates the listening process. At this point I suggested to the listeners to select a few covers or artists to begin with, and then move to other tracks and not try to digest the entire album at once.

The Metallica Blacklist includes many covers from very different genres – i.e. pop, jazz, country, classical music, hip-hop and more. From these 53 covers, there have been some that I liked very much and  others which didn’t please me at all. Here it is important to remember that these covers, spanning to such a wide range of genres and cultures, all underline the influence and popularity of the Metallica Black Album and the changes it caused in music. I believe that the Metallica Blacklist shows us what Metallica’s music means to all these contributing artists and their admiration for the band.

Last words on my favorite tracks from The Blacklist:

-“Of Wolf and Man” by the American folk rock band Goodnight Texas is a delight, though I am not a fan of the genre.

– Sam Fender’s romantic and dark “Sad But True” is glorious like Hozier’s “Take me to Church”, and is a true hit from the Blacklist.

– One my favorite young stars in classical music, a Bach, Liszt and Beethoven expert, Igor Levit’s “Nothing Else Matters”. The Metallica Blacklist would be incomplete without his wonderful touch.

– “Enter Sandman” from Latin star Juanes, a great Metallica fan , who started his career as a metal artist. Juanes who made hits like “La Camisa Negra” made me curious about his “Enter Sandman” cover as soon as I saw his name on the Blacklist.

–  “The Struggle Within” by Rodrigo and Gabriela:  I always find their interpretation unique.

– “The Unforgiven”.from the American latin pop duo Ha*Ash which I believe is a triumph: Spanish words with the exact meaning, rhyming with Metallica lyrics in the chorus section and the sound of the trumpets add their special Latin flavour to the song:

No me atrevi, nunca fui”

Never shined through in what I’ve shown.

Music, I believe should touch the heart of the listener, so it is very personal in that sense. This was a selection from the covers I liked best and when listening to the Metallica Blacklist, I’m sure you will find different songs that you love, and different tastes, with the unique interpretation of the artists who took part in this unforgettable celebration, like a glass prism refracting the Metallica Black Album into all the colors of the rainbow through their music and culture.

This article was published in Turkish on September the 28th 2021 in DeliKasap Rock & Metal Magazine.

@metaloda is a registered Trademark. 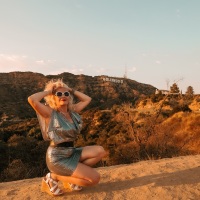 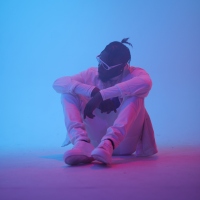